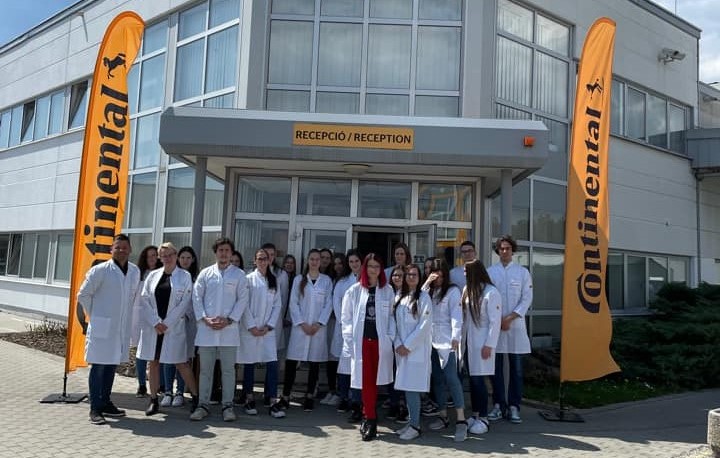 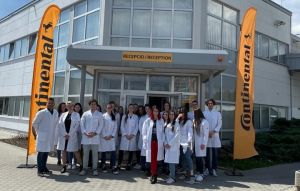 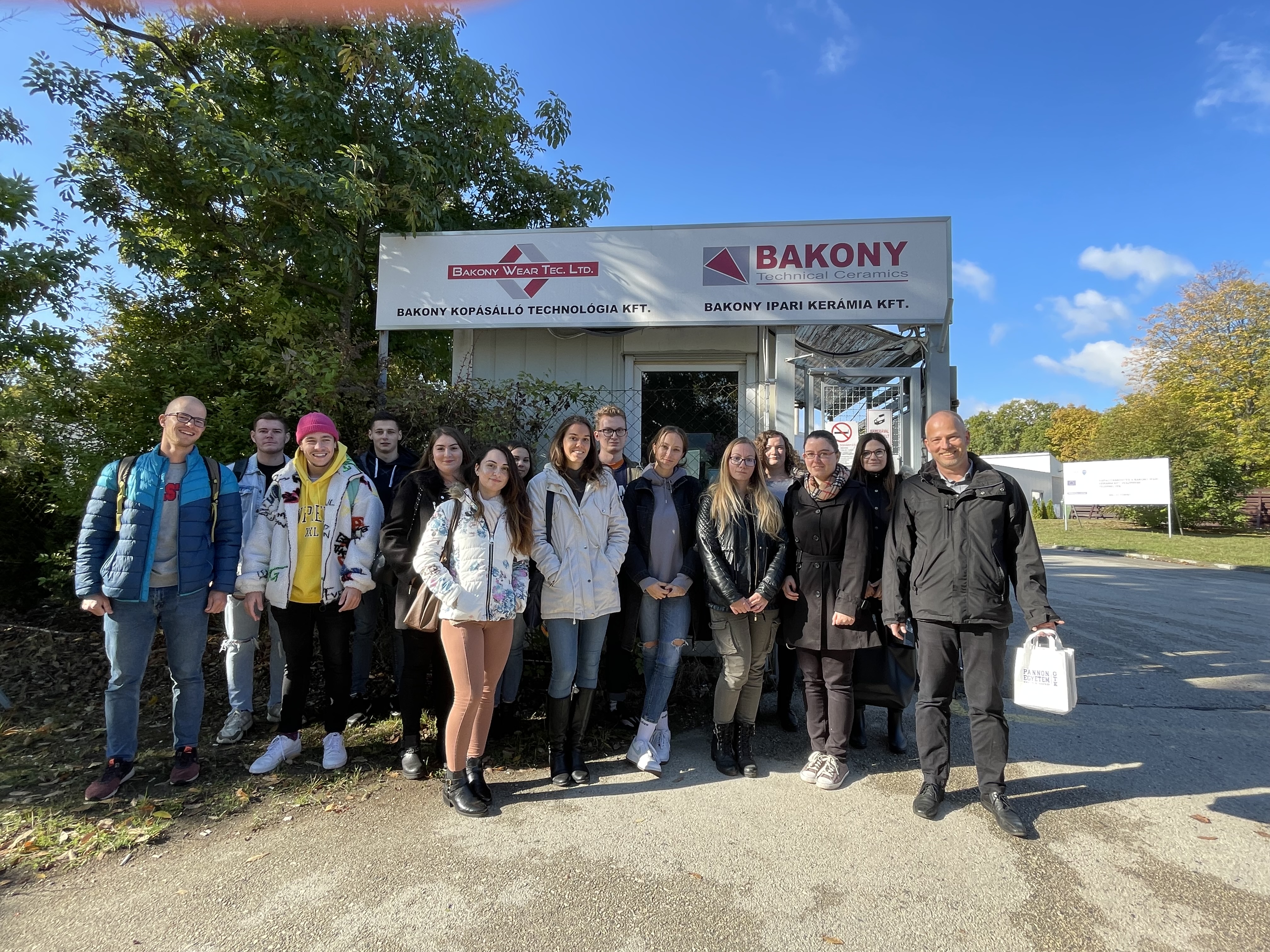 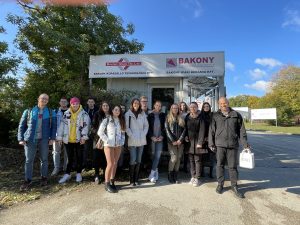 “As a part of “Strategic Destination Management” course, my class went on an excursion to Budapest on the 27th of March 2019. Before the trip, we were told that there would be three stops throughout the day, in the order of Sziklatemplom (Gellért Hill Cave), St Gellért Thermal Bath and Magyar Kereskedelmi és Vendéglátóipari Múzeum (Hungarian Trade & Tourism Museum). I was already aware of the first two places because they are already well-known touristic destinations, however, I’d had never heard of the last one. In any event, I was a new comer to all of them until this day and as a tourism management student, I was looking forward to this field trip. First of all, our group started off with Sziklatemplom, on the way up to Gellért Hill, also functioning as a church on Sundays. It was not my first time to the hill; however, I had never been to the cave, let alone know that it was a church. “Sziklatemplom” translates to “cave church” in English but due to lack of my knowledge in Hungarian language, I didn’t know until I entered into the cave. Considering that it is situated in one of the most frequently visited areas in Budapest, it would have been better if the entrance had more clear and visual indication of what this attraction serves as in few major languages. As we entered the main entrance, the atmosphere was definitely relevant with the whole theme, not so big and I was personally given some cozy feelings. Fortunately, the time we visited, there weren’t that many people but when the busy season comes, I could imagine the traffic caused by too many visitors waiting in line. We were each handed an audio guide device in preferred language among English and few other European languages and it was quite easy to operate once instructed because all that was required was to press the number that’s written on the wall. The problem was that the numbers on the wall were almost camouflaged that people could easily walk pass without noticing. Also, each section had a rather long explanation, leading visitors to stay long in one place in order to finish listening to it whereas the cave was not so spacious, therefore needed fast circulation. Plus it was hard to follow which object the guide was talking about. As a Christian myself, it was a touching experience and there were many interesting statues and elements that I would have loved to know about, so it was unfortunate that I didn’t have enough time and that it took a while to realize where the guide numbers were. Perhaps a paper map or anything in a visual text form, or even an employee in uniform to assist visitors in any case could have been more effective. As we were leaving the cave, the employees were cheerfully saying goodbyes to us with nice smile, which gave me a positive impression and it’s important because consumers do tend to mostly remember the very last part of the experience. Secondly, we moved to St. Gellért Thermal bath, which was only a walking distance away from the Cave Church. For the main entrance, there was a revolving door, which was quite stiff and had to really push for it to turn. Besides this door, there was a small regular one of which the size was not the best to be the main door. However, a big part of the entrance area was under construction so hopefully, it will be better once it’s done. Also, as one of my classmates was confused the way to the spa with the hotel entrance, it was assumable that the indication was not so clear. The lobby was beautiful, with elaborate art work applied everywhere I looked. As the theme of thermal bath and spa is rather on the luxury tourism side, its interior design was definitely giving a high-class ambiance. Again, because it was not the high season, the desks were not crowded, and the employees looked relaxed. According to the employee who guided us inside the facility, the place becomes easily full and a lot of people have to wait so I thought for a while that it would be necessary to expand the customer reception area. However, after all, it is a spa where calmness is required and also that it was using the numbered ticket system to keep the order, so I had to rethink about accommodating too many people at once. The signposts were quite clear but not much was written in English, which would be useful for foreigners visiting this place. The aesthetics inside the spa was very consistent and unique. However, there were some spots, such as changing room, clinical therapy room and private double room that looked outdated, lacked practicality and even giving unpleasant impressions. My classmates and I discussed about how some of the quality factors could not meet the expectation of the guests. Also, the ways were almost like a maze and very narrow. As we toured around, I could clearly see which target group this place was aiming for: the seniors. There were almost no services for children, which was understandable because children are vulnerable to high water temperatures, so the facility is not really for the young age groups to begin with. Gellért thermal bath was not neglecting people with disabilities; there were ramps and elevators to facilitate mobility and different bracelet to easily identify which group of clients each guest belongs to. Taps for drinking water could be found in many places which is very important in thermal bathing places for hydration. For parking, it was a bit problematic because there was not enough parking space that our bus for the excursion had to drop us some distance away from the attraction. In general, it was a nice place but to be honest, there wasn’t anything special that caught my attraction and made me want to come back as a guest in the future.

Last but definitely not least, we visited Magyar Kereskedelmi és Vendéglátóipari Múzeum (Hungarian Trade & Tourism Museum). As I commented above, this museum came across unfamiliar to me, so I had low expectation, which turned out to be wrong. It was easy to access with public transportation. Frankly speaking, the entrance and the exterior of the museum are not so compelling, which could be misleading for a museum with such interesting contents. Even after we entered the museum, I couldn’t quite get the picture of the whole theme and not so many guiding materials was in English either. It was only after I actually went inside where the exhibition starts that I really started to enjoy the museum. My Hungarian classmates were filled with excitement from seeing posters and product logos that aroused nostalgia and they were surprised that they didn’t know this place despite they were both from Budapest. The most fun part was that the visitors could interact with some articles on display such as touching some objects, smelling spices, sitting on the tables in an antique setting, etc. Because the objects were from the era we’ve never experienced, we were very much interested, however, not much explanation was available which was a shame. This museum had so much potential to attract both domestic and international guests and my classmates and I all agreed that this place needed more attention and marketing activities to promote themselves.

In general, it was a memorable trip and all of the three places were definitely worth visiting. There was some inconvenience that my classmates and I commonly went through which could mean there should be improvements to be made. We all came to a conclusion that the final destination was the most interesting and made me realize that there should be so much more that many tourists are missing out on either by lack of advertisement of the attraction or the promotions focusing too much only on already popular sites. In my opinion, Hungarian tourism should turn their eyes on small gems like Hungarian Trade & Tourism museum to attract different target groups and offer various sentiments to tourists.”

The ‘Workshops and Oranisations of the National Scientific Students’ Associations’ (number: NTP-HHTDK-18-0020) project has been funded with support from the Hungarian Ministry of Human Capacities (EMMI), the Human Capacities Grant Management Office (EMET).